LCT7074 has, at last, been refurbished through a long and complex work and moved to its permanent site on Southsea Sea Front by the D Day Story. Wally Beall was invited to visit the LCT before it was officially opened to the public and the visit was arranged for 11th December. Wally served on a LCT delivering Sherman Tanks to Utah Beach for the US Army on D Day. He had seen LCT 7074 during the refurbishment works at the National Museum of the Royal Navy and was delighted to see the work completed and the LCT in place. Wally quickly became the centre of media attention whilst on the LCT and undertook a number of interviews for the various film crews. Wally was delighted with his visit and commented that the D Day Story and the National Museum of the Royal Navy should be proud of their achievement. 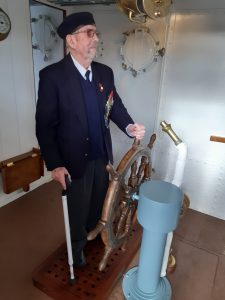 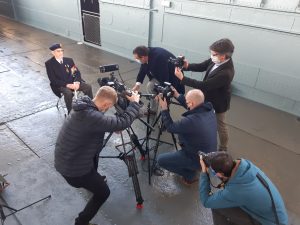 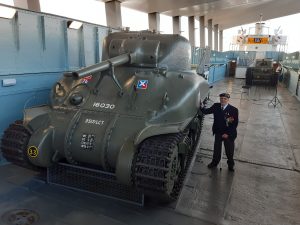